For the first time in 34 years, the opportunity for a whole new lifestyle in Lightning Ridge

Many are entranced by the unique lifestyle Lightning Ridge has to offer. Some come to mine the worlds finest opals. Others seek business opportunities that a unique and growing town has to offer. Others just want a change in their life. Or how about a

Whatever change you seek, an investment in the “Ridge Castle” could undoubtedly be the one of the biggest changes in your life.

This is no ordinary advertisement for a house or mining claim. If that is what you are after, then the “Ridge Castle” is probably not for you. 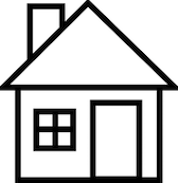 It is not just a house 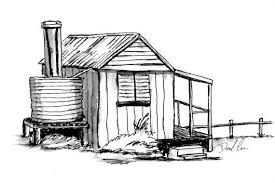 It is not just a camp on a claim 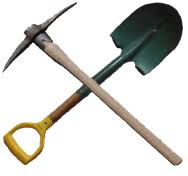 It is the opportunity for you to embrace a whole new way of life.

Where you can be King or Queen of your very own Kingdom.

Please read this guide carefully. We can just about guarantee the vast majority of you will be intrigued by the Ridge Castle.

Just as do the many tourists who drive past each day wondering what kind of life goes on inside this remote kingdom.

Many try and picture themselves living this unique lifestyle. And that’s about as far as their imagination goes.

If you are interested in investing in this unique opportunity, we suggest you read the entire website. And if you want to take your life further, get in touch with us. Living in the Ridge

To live in the “Ridge” though, you need to be a special kind of person. Someone not afraid to step out of ones comfort zone. It is not for everyone. Most are happy just to spend a few days visiting. To live here is another thing entirely. Common reasons not to live here include:

“Living on a camp could be way too harsh”

Without doubt. Most have no power or water. Camps tend to be quite rudimentary.

“It is too hot over summer”

Yes. It can be very hot.  Those with power and air-conditioning tend to stay though. You can always cool off at the Olympic pool!

“But we need an income”

Not everyone strikes it rich at the Ridge. The question is how much do you need? And where will this income come from?

No doubt most people will find many other reasons not to undertake such a radical lifestyle change.

But enough with the barriers. As you read on, you will see how an investment in the “Ridge Castle” can dramatically lessen the impact of these perceived problems.

If you want to take your dream a step further…..please continue reading. The Ridge Castle could be the lifestyle and/or the business opportunity of your lifetime. It could be another 30 years before it comes available again.

If you believe the lifestyle of the Ridge Castle and its associated business opportunities outlined below could align with your vision, please submit an expression of interest before someone else runs away with your dream. More below.

“”By the way, please don’t confuse the “Ridge Castle” with the more well known “Amigos Castle” which was constructed after completion of the original “Ridge Castle.” Both are tourism highlights on the “Red Car Door Tour”

What kind of people would want to live in a Castle?

Could it be you?

Apparently not Harry and Meghan who once lived in a kingdom outside of Lightning Ridge. In the Ridge, locals generally fall into three categories:

Some want to try their luck mining;

Others come to escape from what is regarded as “normal living”. Think tree change or sea change.

Read on for the story of Ted and Shirley.

Ted and Shirley wanted to try their luck mining. And they definitely wanted a tree change after living right on the coast for many years.

Their story is relevant as it gives you not only a short history of the Ridge Castle, but outlines how one couple managed to seek and build a totally unique lifestyle.

Will you be the ones to have the courage to do likewise? Read more about the Ridge Castle and what you could be investing in….

a large and stately residence, especially one, with high walls and towers, that imitates the form of a medieval castle.” Without getting too technical, we feel the “Ridge Castle” qualifies as an authentic Castle. It is large. Stately. It has high walls. It is made of stone. And most importantly, it has a turret!

The Ridge Castle was originally built by German Karl Ahl in the late 1970’s. It was solidly built using local ironstone, cement and all sorts of odds and ends. Wood fired stoves, a copper hot water tank, bread oven and even a small wine cellar.

They had been frequent visitors to the Ridge for the previous 20 years. Tiring of operating a fish and chip shop on the Manly beachfront, the opportunity to purchase the Ridge Castle arose and they didn’t hesitate to pursue a new lifestyle. 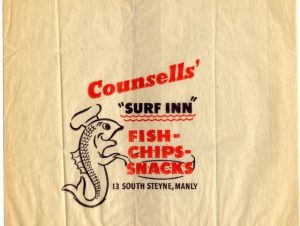 Friends and colleagues were incredulous at their decision. Their answer was simply that it was a once in a lifetime opportunity. Their dream was to live and mine in Lightning Ridge. The Ridge Castle was the catalyst though to make that giant leap from the golden sands of Manly to the dusty town of Lightning Ridge.

Ted being a builder, soon extended the Castle and continued to do so over the next couple of decades. He added roofing and paved areas, sleep outs, air-conditioning, extra rooms and a myriad of other improvements. Even a small swimming pool!

An old shed was transformed into a separate residence which became affectionately known as the “Motel” due to its modern interior. Sadly, this burnt down in 2013. It was rebuilt in 2015 on its original site and is now known as the “Knights Quarters.” A new 1200Ah solar system and a 15kva diesel generator would provide plenty of power for the Knights Quarters and Castle. A 13,500 litre rainwater tank ensured plenty of hot water for showers. The Knights Quarters would be an extremely comfortable retirement residence.

Yet once it was finished, Ted and Shirley decided they preferred the quirkiness of living in the original Ridge Castle rather than the Knights Quarters. Shirley loved cooking on the traditional wood stoves. The stone walls. The turret. The “cutting room.”

The Knights Quarters became popular accommodation for friends and family.

Over many years, Ted and Shirley mined on many opal fields throughout the Lightning Ridge district. Unfortunately with no success.

They never worked the mine located on the Castle property itself though. It was always kept intact with the intention of working it as they aged. The convenience of having their own mine right outside their doorstep was a much anticipated bonus for their retirement years. The quality of opal in the Simms Hill area was legendary.

Could this be the story of the opal being right under their feet for all those years?

Unfortunately, the opportunity to continue mining once they entered their 80’s and 90’s diminished. Poor old Ted just couldn’t manage the climb up and down the ladders so the mining claim at the Ridge Castle had little work.

In 2018, Ted and Shirley eventually decided to abdicate and move to the south coast where medical services and a more relaxed style of living could be offered in their full retirement.

The family retained the Ridge Castle with new custodians, Roy and Peter. (Cheekily referred to as Prince Peter and Sir Roy by their parents). Both had lived here for many years in the 1980’s and 90’s.

They cleaned out the mine and got it back to a fully workable condition with a hoist, ladders and mining gear. Working with just jackhammers, picks and shovels, the mine is still virtually unexplored. Their first priority was to renovate some of the Castle rooms and grounds.

To help fund the upkeep, they tested out some income ideas. A listing on Airbnb brought immediate results. One afternoon, they even put out a small sign inviting the passing tourists to inspect the Castle. This proved highly successful and funded many a night out at the Lightning Ridge Bowling Club. Roy and Peter are still regular visitors to the Ridge Castle and are still pursuing their dream of finding some magnificent black opals! I want to take an online tour of the Ridge Castle

I want to know more about income possibilities

I want to take an online tour of the Ridge Castle